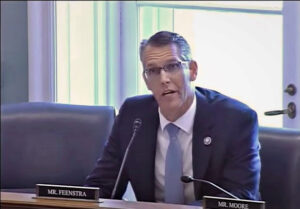 “I am encouraged that the EPA’s proposed updates to the Renewable Fuel Standard recognize the importance of Iowa biofuels to the American economy, affordable fuel costs for families, and decarbonization efforts nationwide. However, the EPA’s final rule must include greater blending obligations for advanced biofuels and renewable biodiesel, which are projected to surpass 3.9 billion gallons in 2023. I will also be closely monitoring how the EPA plans to implement the new e-RIN program to ensure that it does not undermine the RFS, which was intended by Congress to grow biofuel volumes. As always, I will continue to be a vocal advocate for strengthening the Renewable Fuel Standard, supporting our hardworking farmers, and expanding biofuel production in Iowa.”