Amy Wilhelm and her son Reese are bringing a tradition to a close with the final running of Reese’s Run to raise Autism Awareness. Reese loved to run and it gave her an idea. According to Wilhelm, the first run was just the beginning of something amazing.

Wilhelm wanted it to be simple and at times began to doubt the possibility of success.

Now word about the event has spread through friendships and those who participate according to Wilhelm. 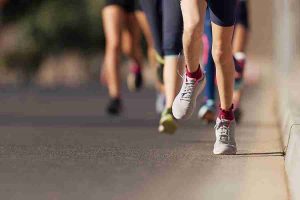 Reese’s Run will follow the same course as before and is open to everyone.

Reese’s Run will follow the same course as before and is open to everyone. The fundraising t-shirt presales went extremely well according to Wilhelm.

The event is Saturday in Lake Mills. Reese’s Run is a 5k run, walk, stroll for autism acceptance. All proceeds raised this year will be going to continuing autism education for the Lake Mills Community School staff. The public is welcome to attend.