Sex trafficking, open borders, and other factors are leading to an increasing number of women and children being trafficked against their will through northern Iowa. Area officials are continually on the lookout for the offenders who move their slaves on local roads and highways. 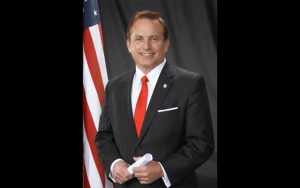 Iowa Secretary of State Paul Pate has been a strong opponent to human trafficking. While his office has online links, websites, and a staggering amount of information for the general public, he has now added to all this by teaming up with Chains Interrupted, a group that informs the general public and actively assists in the apprehension of traffickers.

KIOW News Director A. J. Taylor spoke with Secretary Pate and Chains Interrupted CEO Teresa Davidson about the trafficking issue in northern Iowa and what residents can do about it in our Sunday Talk.