Sen. Chuck Grassley (R-Iowa), a senior member of the Agriculture Committee, joined Sens. Deb Fischer (R-Neb.), Tammy Duckworth (D-Ill.) and over 20 of their colleagues in urging the U.S. Trade Representative (USTR) and the U.S. Department of Agriculture (USDA) to take action against Mexico’s proposal to ban U.S. genetically-engineered corn. In 2020, Mexico’s President Lopez Obrador issued a decree that would phase out Mexico’s use of genetically-modified corn by 2024. Such an action is unsupported by science and is a breach of the U.S.-Mexico-Canada trade agreement (USMCA) – a trade deal Grassley played a key role in negotiating. 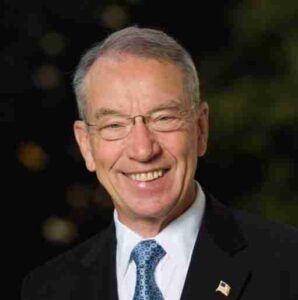 “It would be detrimental to food security in Mexico, hurt U.S. agricultural sustainability, and stifle future agricultural technology innovations that would benefit both nations. While we appreciate the efforts of USTR and USDA to resolve this issue by engaging with Mexican officials, we also encourage the administration to consider all options available in an effort to hold Mexico to their trade commitments including pursuing a dispute settlement process through USMCA,” the senators wrote.

Grassley and his colleagues further advocate for “certainty and predictability” for farmers as they begin purchasing seed for the next planting season. The senators encourage USTR and USDA to “pursue any necessary dispute resolution mechanism” to resolve the impending ban.

Earlier this week, Grassley told reporters that the Biden administration needs to “use a sledgehammer” to resolve the issue instead of taking a more passive approach. Grassley and Sen. Joni Ernst (R-Iowa) have already urged USTR to intervene in Mexico’s proposed ban on genetically-modified corn imports.

Currently, Iowa corn growers export 16 million tons to Mexico each year and produce more bushels of corn than any other state. Over 90 percent of all corn acreage in the U.S. is planted with genetically-engineered seeds.