MY REMARKS BEFORE THE HOUSE BUDGET COMMITTEE
On Wednesday, before the House Budget Committee, I sounded the alarm on the dangerous trifecta of soaring inflation, rising interest rates, and a growing national debt that threatens the American economy and family budgets nationwide.
In Iowa, families are sitting around the kitchen table trying to figure out how they are going to make ends meet because of skyrocketing inflation. Gas and grocery prices are at record highs while paychecks are shrinking in real terms.
Now, the Federal Reserve’s efforts to combat inflation by increasing interest rates are having a direct effect on the family budget. Payments on car, home, and other loans will increase due to wasteful spending, which is fueling inflation, draining savings, and making life harder for working families.
MEETING WITH THE IOWA TURKEY FEDERATION
On Tuesday, I sat down with the Iowa Turkey Federation to discuss priorities important to Iowa’s turkey farmers.
Each year, Iowa raises roughly 12 million turkeys, supporting over 38,000 jobs and generating more than $10 billion in total economic activity. I’ll always be a strong partner of our turkey farmers. 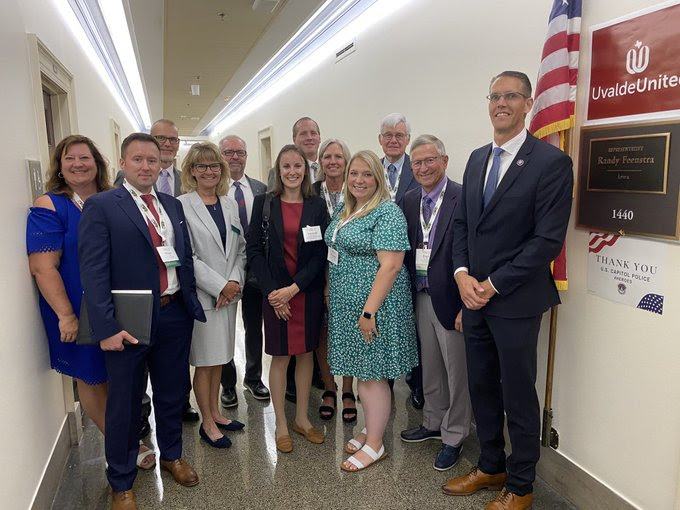 SPEAKING TO IOWA SMALL BUSINESS OWNERS
On Wednesday morning, I spoke with Stacie Anderson who owns and operates Siouxland Magazine in Sioux City at the Goldman Sachs 10,000 Small Businesses Summit.
Our small businesses are the backbone of our local economies and main streets in the 4th District. I’ll continue to be a strong voice for business owners in Congress. 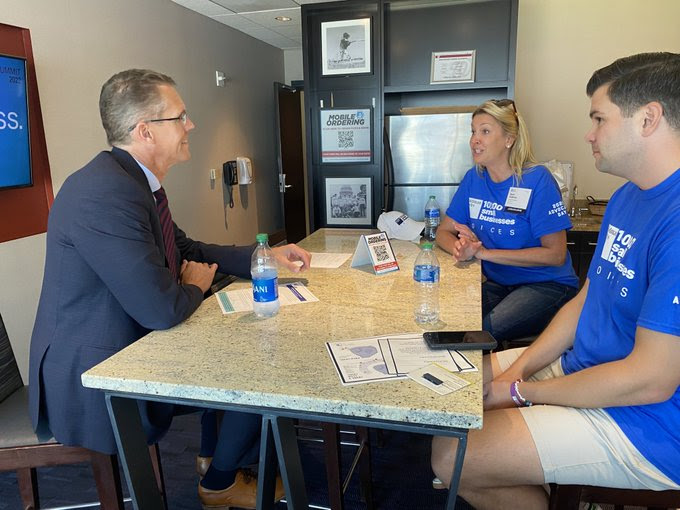 MY LETTER TO SECRETARY VILSACK OVER DELAYS IN PANDEMIC-ERA HOG PAYMENTS
On Tuesday, I sent a letter to Secretary of Agriculture Tom Vilsack demanding answers over significant payment delays for Iowa hog producers through the Spot Market Hog Pandemic Program (SMHPP), a pandemic-era program established to support continued hog operations and maintain a plentiful food supply during the pandemic.
When the SMHPP program was first announced, producers were told they would be getting a single payment rate of $54 per head. Many producers in Iowa and around the country planned their budgets with this number in mind. Now, they are being told that the amount per head is not yet known and that they must wait for a payment factor to be determined.
This process has been unclear from the beginning – from having to submit additional supporting documents after the hog eligibility was clarified, to producers being left in the dark regarding the timeline of this program. It is long past-due for producers to be given answers.
PARTICIPATING IN A HOUSE REPUBLICAN TASK FORCE ROUNDTABLE
Earlier this week, I joined House Republican Leader Kevin McCarthy, my friend Congressman Garret Graves from Louisiana, and industry stakeholders in a roundtable discussion on burdensome federal permitting requirements for American businesses and private investors.
By cutting harmful red tape, we can expand domestic energy production in the 4th District and let America build without the heavy hand of government.
MY WORK TO LOWER SKYROCKETING INPUT COSTS FOR IOWA FARMERS
Last month, I urged the International Trade Commission to temporarily lift tariffs on UAN fertilizer to lower skyrocketing input costs for 4th District farmers.
I’m glad that the Commission made the right decision earlier this week, offering much-needed relief to Iowa’s agriculture community.
We are government together, and I am here to serve you. Your thoughts, concerns, and comments are very important to me. Always feel free to call (202) 225-4426 or visit my website at feenstra.house.gov.

Sunday Talk: Ernst Visits the Border Firsthand and Here's What She Saw