Elections are coming up on June 7th and local administrators say that there have been some changes. One of the key changes is that voters may have had their polling place change. Winnebago County Election Commissioner Karla Weiss released a statement. 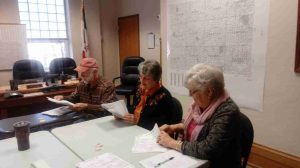 Another of the key changes is a shorter window for early in-person voting, which for this primary opens up on May 18. Iowans also have less time to request and send in absentee ballots. Linn County Auditor Joel Miller said that’s why people need to be thorough in filling out an absentee ballot. He noted that with mail service not as speedy, fixing any mistakes won’t be easy. 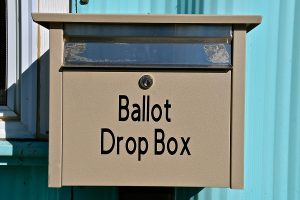 Miller said having an alternate plan can help voters overcome obstacles – including something non-election-related, such as a COVID-19 infection.
The deadline to request an absentee ballot is May 23. The new rules say it has to be received no later than the end of Election Day, rather than just being postmarked ahead of time.Ballots received the day after won’t be counted.
Rules surrounding ballot drop boxes also were modified, and now Iowa counties are allowed to have one designated location – which has to be under video surveillance.
Louisa County Auditor Sandi Sturgell said that’s a noteworthy change for a rural area like hers, and voters should research availability.

In 2020, some counties used multiple drop box sites amid COVID concerns. Brad Anderson, state director of AARP Iowa, said they hope the changes won’t deter older voters in this year’s midterms – and that they’ll see participation just as strong as the energy from two years ago.

Beyond absentee ballots and early in-person voting at your county auditor’s office, there will still be polling sites on Election Day. However, those will now close an hour earlier, at 8 p.m.