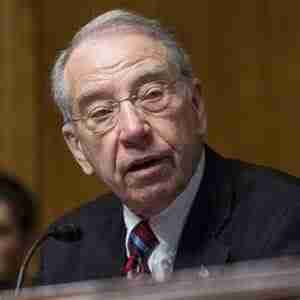 A: In 2020, the Senate unanimously passed the Veterans Comprehensive Prevention, Access to Care and Treatment (COMPACT) Act to expand access to mental health services for veterans experiencing acute suicidal crisis. Signed by President Trump, this new law means veterans will have better access to crisis prevention services so that the men and women who served in uniform won’t be turned away from any health care facility during a highly vulnerable moment in their lives. As of Jan. 17, 2023, veterans may go to any veterans or non-veterans health care facility for emergency suicide care at no cost. According to the rules finalized by the U.S. Department of Veterans Affairs (VA), the VA is authorized to provide, pay for or reimburse for treatment related to emergency suicide care, transportation costs, and follow-up care at a VA or non-VA facility for up to 30 days of inpatient care and 90 days of outpatient care; make appropriate referrals for care following the period of emergency suicide care; and determine eligibility for other VA services and benefits. Veterans don’t need to be enrolled in the VA system to use this new benefit, but must have served at least 24 months, been discharged under conditions other than dishonorable, served more than 100 days during a combat operation, or experienced sexual assault or harassment while serving.

For years, I have worked across the aisle to help veterans in crisis. During the Bush administration, I helped steer through Congress the Joshua Omvig Suicide Prevention Act with Rep. Leonard Boswell, named after a young Iowa soldier who took his own life days before Christmas in 2005. The Army reservist had returned from combat in Iraq a year earlier and suffered from post-traumatic stress disorder (PTSD). This legislation helped launch public awareness about veterans suffering from combat-related anxiety, depression or PTSD and required the VA to develop a comprehensive strategy to help troubled veterans. The law expanded mental health assessments and outreach for veterans and their families and improved research, training and staffing for mental health services for veterans. During the Obama administration, I continued efforts to strengthen suicide prevention for veterans with passage of the Clay Hunt Suicide Prevention for American Veterans Act. Named in honor of decorated combat veteran and humanitarian, Clay Hunt, who died by suicide in 2011, the law established a pilot peer-to-peer support program to help veterans transition from active duty to civilian life; provided incentives to attract and retain mental health care professionals to work at the VA; and required annual assessments to hold the VA accountable for its suicide prevention programs and services. In 2016, I joined Sen. Joni Ernst to call for an internal investigation surrounding the tragic death of veteran Brandon Ketchum who died by suicide after seeking mental health care at the Iowa City VA.

Over the last two decades, progress with better hotlines, outreach programs and services is making measurable strides to help veterans cope with invisible wounds of war. The VA reported a decrease in suicide rates in its most recent report, the lowest number since 2006. However, one tragic loss of life is one too many. And 6,146 veterans died by suicide in 2020, including 69 deaths reported in Iowa with higher rates in rural areas compared to urban areas. It’s as important as ever to continue raising awareness and expanding access to mental health care and suicide prevention.

Q: How does the Veterans Fellow on your staff help Iowa veterans?

A: I put a high priority on constituent services and that includes helping Iowa veterans cut through red tape and get answers from the federal bureaucracy. Having a community outreach officer for Iowa veterans is another way I can connect with the men and women who served our country in uniform. Nearly a decade ago, I created this special liaison to help ensure I have eyes and ears on the ground in local communities to help veterans with education, housing, employment and health care issues as they reintegrate into civilian life. The Veterans Fellow hits the ground running to connect with veterans service organizations, health care providers, employers and civic leaders to help veterans in communities across Iowa.

I’m pleased to announce Russell Saffell started in January as Veterans Fellow in my Senate office. A native Iowan, he is a military combat veteran who served two tours in Iraq with the U.S. Navy and U.S. Naval Reserve. A Gold Legacy Life member and past state commander of the Veterans of Foreign Wars, he is also a member of the Disabled American Veterans, American Veterans AMVETS, American Legion, and Iraq and Afghanistan Veterans of America. A board member of the Puppy Jake Foundation, he’s involved with several veteran-based non-profit organizations. In addition to his military service, Mr. Saffell brings more than two decades of experience in cybersecurity, counterterrorism, homeland security and emergency management in the public and private sectors. A graduate of Urbandale High School, Mr. Saffell holds bachelor’s and master’s degrees from Upper Iowa University and The George Washington University, respectively.

He is available to assist fellow veterans with federal matters. He can be reached in my Des Moines office at (515) 288-1145 or by email at [email protected]grassley.senate.gov.

If you are a veteran in crisis or are concerned about one, call the Veterans Hotline. Dial 988, then Press 1 to connect with a real person, trained to help. Or, text 838255. This is a free, confidential service, available 24/7, 365 days year.