Q: How is waste, fraud and abuse weakening Medicare for current and future generations?

A: Seniors and people with disabilities depend on Medicare for their health care coverage, including more than 650,000 Iowans. Every dollar lost to waste, fraud and abuse rips off the taxpayer and skims resources intended for Medicare patients. That’s why I keep my nose to the grindstone in Washington to conduct aggressive oversight, root out bad actors and help secure fiscal integrity and compliance with federal health care programs. The Centers for Medicare & Medicaid Services (CMS) is the federal agency responsible for managing these public health insurance programs. According to the Congressional Budget Office, the fiscal year 2022 net spending for Medicare was $768 billion and $589 billion for Medicaid. That’s why even a fraction of improper payments adds up to big money. For example, CMS reported an improper payment error rate of 5.42 percent for the most recent available data in calendar year 2020 for Medicare Advantage Plans, or Medicare Part C.  That’s approximately $13.94 billion in gross payment error for a 12-month period. 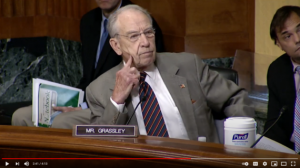 As then-chairman of the Senate Finance Committee, I helped shepherd Medicare Part C into law two decades ago. The program is increasingly popular among Medicare recipients as it provides additional coverage beyond traditional Medicare, such as benefits for vision, dental, prescription drug and home health visits. Medicare Advantage is on track to enroll more than half of Medicare recipients next year. That’s another reason why it’s increasingly important to strengthen anti-fraud tools and empower whistleblowers to report wrongdoing. My Judiciary Committee-passed False Claims Amendments Act and Administrative False Claims Act would further beef up the government’s most potent tool to fight fraud and save taxpayer money.

The lion’s share of Part C’s improper payments are from medical record discrepancies, whereby payments weren’t supported by medical records. Examples of fraudulent schemes may include upcoding, which is falsely claiming the illness or disease of a patient and billing for services at a higher level of complexity than documented; billing for unnecessary services or for services not provided; unbundling, which is submitting bills in a fragmented fashion to maximize reimbursement for tests or procedures that ought to be billed together at a reduced cost; and kickbacks, which are payments for patient referrals or for generating business. My oversight has shown risk score gaming and other waste, fraud and abuse. I’ve repeatedly called on CMS and the Department of Justice (DOJ) to more aggressively go after Medicare fraud and ensure concrete steps are taken to recover taxpayer money. Improper payments across Medicare and Medicaid paint a giant bulls-eye for Congress to set its sights on in the New Year. As incoming Ranking Member of the Budget Committee and a senior member of the Finance and Judiciary Committees, I’ll continue my work to beef up whistleblower protections to curb wasteful payments and hold those who game the system accountable. 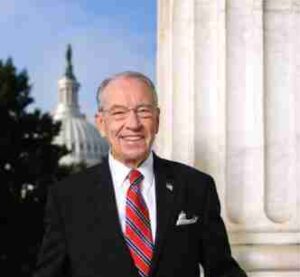 A: Fleecing government programs is a tale as old as time. The founders of our republic took preemptive action during the Revolutionary War to curb fraud by enacting the first-ever whistleblower protections on July 30, 1778. Witnessing retaliation of two sailors who blew the whistle on a naval commander, the Continental Congress unanimously approved legislation that said it was the “duty” of every American to report “misconduct, frauds or misdemeanors” against the newly formed nation and the taxpaying public. As a champion for whistleblowers in the U.S. Senate, I’m working to beef up whistleblower laws to help expose mismanagement, corruption and wrongdoing and hold bad actors accountable. It’s this simple: Just as two plus two equals four, overcharging plus overbilling equals overpayments. Conscientious health care providers who are in the trenches diagnosing, screening and taking care of patients are instrumental to blowing the whistle on fraud and saving taxpayer dollars. Last year, the Department of Justice reported $5.6 billion in recoveries, its second largest amount of judgments and settlements from civil cases involving false claims against the government. As the Senate author of the 1986 amendments to the False Claims Act, I’m pleased the law has helped recover more than $70 billion, and saved untold billions more by deterring fraudsters from cheating the system. Congress needs to keep its foot on the gas to stay ahead of the schemes and scams that milk federal health care programs like a cash cow. Passing my False Claims Amendments Act and Administrative False Claims Act are a good start.

Agronomy in the Field Program to Be Offered This Winter