Children face a number of issues in school and among friendships. Now add internet into the picture and social media, and you have the mix of even more pressures, dilemmas, and social acceptance.

What happens though when a parent dies, divorce, or separation? In many cases, a child or teen is placed on medications such as antidepressants. Is this really necessary or is it a cure? 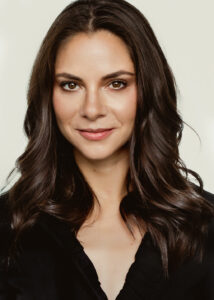 Brooke Siem was put on a cocktail of antidepressants and antianxiety drugs at just 15 years old. At age 30, Brooke she realized she had spent every second of her adult life under the influence of powerful psychiatric drugs and decided she’d had enough. Her intense withdrawal experience weaning off fifteen years of using antidepressants is detailed in her new memoir,  MAY CAUSE SIDE EFFECTS.

No one forced Brooke to take the drugs, but through her fifteen-year-old eyes, she had little choice and no reason to question the adults around her. According to Brooke, “By the time I had agency in my medical care, at eighteen, my identity was built on the idea that I was fundamentally broken, and I operated through that lens of brokenness for the next decade and a half.”

Her debut memoir on antidepressant withdrawal, MAY CAUSE SIDE EFFECTS, is available wherever books are sold, and it was the subject of our Sunday Talk.
Book link: https://amzn.to/3yDXIOi