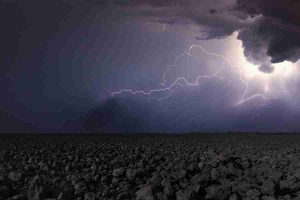 Reports from the Iowa Department of Agriculture and Land Stewardship and maps from the Midwestern Regional Climate Center reflect data collected from 7:00 A.M. Central Time on October 3, 2022, through 7:00 A.M. Central Time on October 9, 2022.
Spotty showers and thunderstorms brought rain across Iowa during the reporting period, though totals were up to 0.60 inch below normal at most stations. A late-week, strong, cold front ushered in Canadian air leading to widespread frost and the first killing freeze for much of Iowa. Overall conditions varied across the state with slightly warmer conditions west to colder than normal temperatures east; the statewide average temperature was 54.4 degrees, 0.5 degree above normal.
Isolated showers dissipated across western Iowa into early Sunday (2nd) afternoon with meager totals reported at a handful of stations. A shifting southerly wind and sunny skies allowed for slightly warmer than average conditions with highs in the mid to upper 70s. Overnight lows dropped into the mid 40s and low 50s as spotty clouds moved under generally starry skies.
Southwesterly winds and clear skies continued through Monday (3rd) with northwest Iowa registering low 80s while upper 70s were reported at the state’s remaining stations. Under a slight breeze, Tuesday (4th) morning temperatures ranged from the low 40s southeast to mid 50s northwest and rebounded back into the upper 70s and low 80s for what would be the warmest day of the week; the statewide average high was 76 degrees, eight degrees above normal. Evening cloud cover began to increase in western Iowa as a weather disturbance approached the state with spotty showers increasing through Wednesday (5th). Some rumbles of thunder were heard in central Iowa with higher rainfall totals compared to other stations. Clouds helped keep daytime highs in the upper 60s and low 70s with easterly winds building in as the low pressure system spun through Iowa into early Thursday (6th) morning. Pockets of north-central and northeastern Iowa measured totals above 0.30 inch with stations in Black Hawk County dumping out between 0.52 to 0.58 inch. General totals where rain fell were in the 0.10 to 0.20 inch range.
Gusty northerly winds developed through the day with a passing cold front filtering in a colder air mass. Afternoon highs varied from the mid 50s behind the front to the mid 70s over southeastern Iowa. Cloud cover increased in parts of northern and extreme southern Iowa with morning lows hitting the upper 20s at some stations by sunrise on Friday (7th). Unseasonably cool conditions continued through the day with highs in the low to mid 50s as puffy stratocumulus clouds passed overhead. As winds died down and the moon rose, overnight lows plummeted into the low to mid 20s in western Iowa with slightly warmer temperatures east; this would be the coldest morning of the season with an average low of 28 degrees, 15 degrees below normal. Saturday (8th) temperatures rebounded into the low 60s with sunny skies and a westerly wind. A shift to a southwesterly wind helped to keep overnight lows into Sunday (9th) at or above freezing for most Iowa stations with patchy cloud cover and frost in western Iowa.
Weekly precipitation totals ranged from no accumulation at western Iowa stations to 0.58 inch in Waterloo (Black Hawk County).
The statewide weekly average rainfall was 0.08 inch while the normal is 0.62 inch. Sac City (Sac County) reported the week’s high temperature of 84 degrees on the 4th, 16 degrees above normal. Spencer Municipal Airport (Clay County) reported the week’s low temperature of 20 degrees on the 8th, 21 degrees below normal.