As a leading advocate for lowering drug prices in the Senate, I’ve hauled Big Pharma and pharmacy benefit manager (PBM) executives before Congress, led a two-year bipartisan investigation into insulin price gouging and advanced bipartisan reforms to lower the cost of insulin and many other prescription drugs.

In the past few years, bipartisan legislation I’ve championed into law has saved taxpayers $9.6 billion. Despite opposition from Big Pharma, I’m leading the Prescription Drug Pricing Reduction Act, a comprehensive and bipartisan drug pricing bill that would save taxpayers $95 billion and seniors $72 billion. It caps pharmaceutical drug increases at inflation, lowers out-of-pocket costs and holds the drug industry accountable. 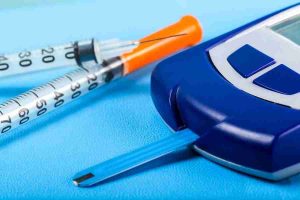 We’ve got more work to do. I support a bipartisan plan by Senators Collins and Shaheen that establishes a $35 out-of-pocket cap on insulin for patients with private insurance, while also reforming PBMs, the powerful middlemen who are behind rising drug prices.

In my two-year bipartisan insulin investigation, we found that a drug’s list price is tied to rebates and other fees that drug companies have to pay to PBMs. The scheme encourages drug makers to spike the list price of the drug to offer a greater rebate, and in turn, secure priority placement on a health plan’s list of covered medications, at the expense of many patients. Failing to address the PBM scheme will only shift patients’ costs instead of reducing them.

Delivering Affordable Insulin to the Most Vulnerable
In August, I voted to make insulin available for pennies on the dollar for millions of Americans who are uninsured or have a high-deductible health plan. These individuals are most likely to pay out of pocket for their insulin at $142 a month on average. More than 31 million Americans are uninsured and nearly half of all private sector employees are on a high deductible plan. Ensuring these folks have access to affordable insulin is the right thing to do.

Unfortunately, this vote ended in a 50–50 tie, with all Republicans voting in favor and all Democrats voting against. Only one Democrat was needed to advance this provision, but not a single one voted for it. Sadly, this important vote hasn’t gotten much attention.

Instead, the media has largely focused on a separate proposal to cap insulin at $35 for people on private insurance without addressing the cause of rising insulin prices and without any assistance for uninsured Americans. The Senate’s nonpartisan parliamentarian determined that this proposal violated the Senate’s budget rules. Democrats demanded a vote to ignore the rules. The vote was not whether Republicans support lowering insulin costs (we do) or whether the price cap should be “stripped out” of the bill (it already was removed by the parliamentarian). The vote was on whether the Senate should break the budget rules for a partisan spending bill. I and many of my colleagues opposed this approach, in favor of better alternatives.

We should pass policies that address the cost of insulin for the one in five diabetics with private insurance who pay more than $35 a month for their insulin, as well as those with no insurance at all. 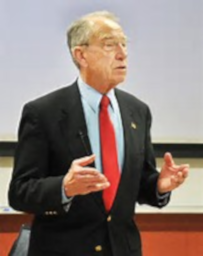 To effectively lower drug prices, we have to hold PBMs accountable. For years, I’ve pushed the bureaucracy to examine how consolidation in the pharmaceutical supply chain effects drug prices. I also introduced the Prescription Pricing for the People with Senator Cantwell to force the executive branch to review anticompetitive tactics that harm patients and consumers. This bill was unanimously approved by the Judiciary Committee last year. While we need more sunshine on PBMs, we don’t need to wait to take some action. Senator Cantwell and I also introduced the PBM Transparency Act, which cleared the Commerce Committee on a vote of 19-9. The bill prohibits PBMs from engaging in spread pricing and clawbacks. Both actions game the system and hurt consumers.

I’ve also led out of the Judiciary Committee three bipartisan bills to establish more competition to lower prescription drug prices. Those bills alone would save a combined $1.9 billion.