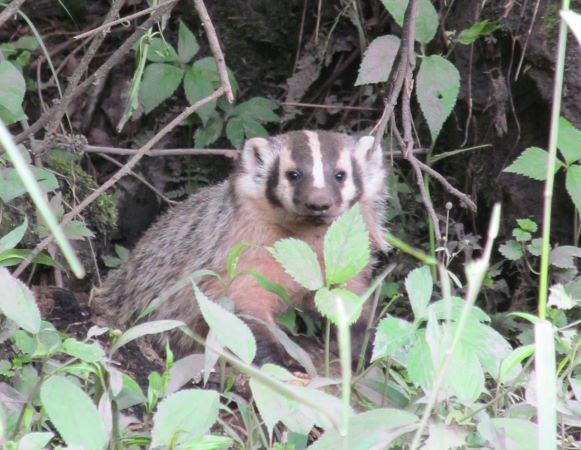 Badgers are tough.  We’ve all probably heard of the African Honey Badger and how it doesn’t give a hoot.  Well, our American Badger is just as tough and probably doesn’t care much either!  Badgers are found statewide in Iowa, mostly using open country.  They can be found as far east as Ohio, but the core of their range is the Great Plains States like Kansas, Nebraska, and the Dakotas.  Like the beaver, badgers are one of nature’s engineers.  I consider them like a bulldozer or backhoe.  They can move a lot of soil quickly! 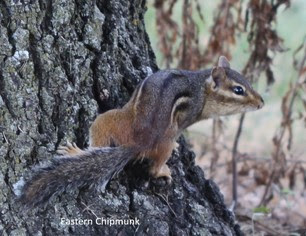 Badgers are built for digging.  They have long claws on powerful front feet combined with a wide, low-slung body and formidable teeth set in a very strong skull.  They use their digging skills to make burrows for shelter and reproduction, not to mention possessing the ability to excavate the burrow of any small mammal it wants to eat!  Ground squirrels, chipmunks, pocket gophers, cottontails, voles, and mice are all on the menu.

Badgers don’t seem to stick around anywhere very long.  Consider them almost transient as they move from place to place, digging burrows that they leave behind for other animals to use.  You’ll notice a badger burrow!  Compared with a typical groundhog or woodchuck burrow, a badger burrow sticks out like a sore thumb.  Woodchucks are sneaky.  Badgers are not.  Unless a female is having young, burrows are used a short time then abandoned for greener pastures.  Fortunately, many animals use badger burrow leftovers.  Foxes, coyotes, cottontails, skunks, raccoons, opossums, bobcats, mice, snakes, lizards, turtles, and even some birds will use badger burrows!

Badgers don’t hibernate but might ride out a winter storm in a burrow.  They go about their business day or night without much fuss, waddling along and making burrows while looking for a vole or chipmunk to munch.  Most of us will never see a live badger since they aren’t very common in Iowa.  BUT…if you see a badger while outdoors, give it a wide berth.  Badgers are tough.