Education issues, including a big budget decision for Iowa’s 327 public school districts, have dominated debate at the Iowa Capitol this week. Iowa Governor Kim Reynolds has signed a bill into law that will increase state per pupil spending by 2.5% for the next school year. Reynolds says that’s a reasonable $159 million bump. House Minority Leader Jennifer Konfrst and other Democrats disagree.

While vouchers may become part of the equation, Representative Ted Baxter, whose district includes the north Iowa area, says that the state per pupil spending is only part of the picture that area schools are getting in funding. 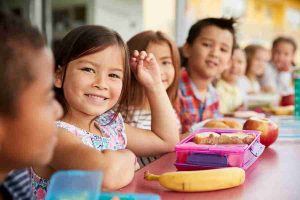 A bill that would require the teaching of cursive writing has cleared the Senate Education Committee. The House Education Committee has approved a bill that would sanction an online program to license teachers. The Senate Judiciary Committee has voted for a bill that would land teachers in prison for up to two years if they’re found guilty of giving a student material some may find offensive. Senate Republican Leader Jack Whitver says there are other alternatives from the governor and a GOP Senator that take a different approach, by requiring schools to be transparent about what’s on the shelves in the school library and what books are required reading for classes.

And, last Thursday night, the House Education Committee approved legislation giving liability protection to school districts warning others about a teacher who was fired or resigned after being accused of sexual misconduct with a student.