When the Biden administration ordered the evacuation of families of U.S. diplomats from Ukraine last month due to the increased threats of Russian military action and crime, a Ukrainian official responded, “Quite frankly these Americans are safer in Kyiv than they are in Los Angeles…or any other crime-ridden city in the US.”

Sadly, he may be right.

In fact, a Los Angeles (LA) police department detective said the out-of-control crime in the city is “so violent, we’re telling people ‘don’t visit,’ because we don’t think we can keep you safe right now.” The city was surrendered to criminals by the LA District Attorney on his first day on the job in 2020 when he banned bail and prohibited prosecuting even the most serious crimes, like murder and rape, to the fullest extent of the law.

The decision to give “get of out jail free” cards to criminals have consequences. 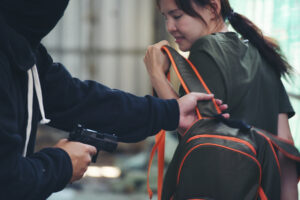 Thieves are breaking into local businesses. Looters are robbing trains like it’s the Wild West. A Union Pacific Railroad official said even when apprehended, “criminals boast” that they will face “no serious charges,” and within hours they are let back out on the streets. Most troubling, over the past two years, LA has experienced a shocking 94 percent increase in homicides. And who does the LA sheriff blame? The “woke policies” of both the district attorney and the county board.

The U.S. murder rate hit its highest point in a quarter-of-a-century last year. More and more felons are being released across the country as a result of permissive policies being pushed by progressive politicians and lenient district attorneys who view punishment as the real crime. Democrats in New York, for example, recently pushed through a state law requiring the release of suspects arrested for stalking, arson, robbery, and other misdemeanors, without bail. And despite the dramatic increases in crime in New York City, a Democratic district attorney released a list of crimes on his first day in office that would no longer be prosecuted, including resisting arrest.

Refusing to keep dangerous, repeat criminals with a history of violence behind bars allows anyone, at any time, to become the victim of an entirely preventable crime. For example, the low bail set by a Wisconsin district attorney’s office last November resulted in the release of a violent criminal with a long list of charges going back 15 years. Within days of being released, he drove that same SUV into a crowded Christmas parade, injuring more than 60 people and killing six. The Democratic district attorney has since admitted the release was “a mistake.” 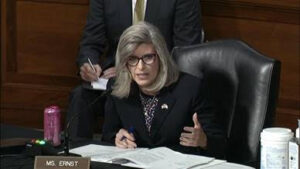 The American people cannot afford any more of these “mistakes” by public officials who are putting their personal political agenda ahead of protecting the public. Public officials charged with enforcing the law who signal that it’s okay to commit crime by reducing or eliminating penalties are engaging in criminal negligence. It’s time to put an end to prosecutors being partners in crime.

Across the country, violent crime is on the rise, and the Biden administration and other Democratic politicians are asleep at the wheel—failing to take action to keep our citizens safe.

This week, I took the first step towards making our streets safer by introducing legislation to increase the penalties for some violent offenders and child predators, including life imprisonment for repeat offenders. We need progressive prosecutors to stop playing politics and start doing their job—enforcing the law. Criminal penalties are not just suggestions, they are put in place to protect the public.

We also need to ensure we are supporting our men and women in blue – the ones who risk their lives every single day to keep our streets safe.

The Left’s “defund the police” movement has victimized our law enforcement, making it harder for them to do their jobs. That’s why I’m proud that here in Iowa, under the leadership of Governor Kim Reynolds, we’ve taken action with legislation like the Back the Blue Act, increasing penalties on a range of other destructive behaviors and strengthening due process protections for law enforcement. The law also creates accountability for local governments that prevent law enforcement from doing their jobs. Our governor has also proposed giving our law enforcement officers a well-deserved bonus for the uniquely challenging and critical work they do.

Liberal politicians across the country should, once again, follow Iowa’s lead. It’s time we get serious about crime in our country. Our laws need to be enforced, our law enforcement needs to be supported, and perpetrators need to be held accountable. Parents shouldn’t have to worry about the safety of their children, and no one should feel unsafe, especially in their own neighborhood. The only people who should be afraid to walk down our streets are criminals.