On Saturday, January 29th, the Winnebago County Conservation Board hosted the Rice Lake Ice-Fishing Contest at Rice Lake State Park, south of Lake Mills. Sunny skies and temperatures in the 20s greeted the 50 participants as they tried their luck at the lake. The WCCB provided equipment for people who needed it, drilled holes for people, and provided instruction to those who were new to ice-fishing. 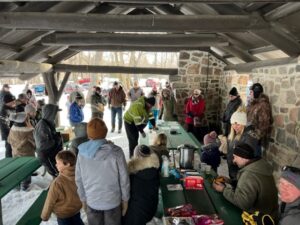 Participants competed in two age divisions, a Youth Division (15 and under) and an Adult Division (16 and over). In each division, prizes were awarded for the first fish caught, as well as the three largest fish. All of the fish caught were perch and bluegills. 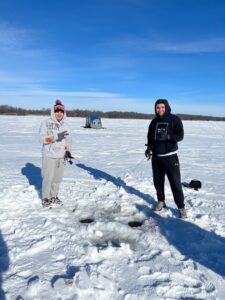 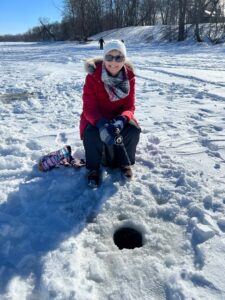