The Hancock County Board of Supervisors will meet on Monday beginning at 9 am. The board will look at setting court appointed attorney fees for cases within Hancock County. That will be followed by a discussion on a work proposal by A-1 Excavating to work on small drainage projects such as open ditch excavation. The board awards the task to A-1 each year and are expected to do so again for 2022.

The board is scheduled to hold a teleconference with the Wright County Board of Supervisors beginning at 10 am. The teleconference will cover the possible annexation of lands in Wright County. If the annexation is completed in Drainage District 194, the boards will have to have a levy reclassification done on the drainage systems on those lands and that would include the consideration of an outlet fee in the joint drainage district 98-32.

A petition has been filed by a landowner on Lateral 14 of Drainage District 3 and 4. The board will consider the petition by setting an informal hearing date. 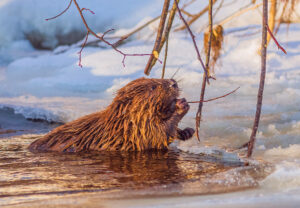 Beavers have always been a problem in county drainage districts. The dams they construct in the waterways slow down the flow of water and potentially flood portions of the districts. The county wants to take specific action on this by possibly increasing payment for the trapping of beavers who are clogging up these drainage systems in the county. The bounty rate is expected to jump to $50 per beaver tail. Trappers would bring in the tails to the Hancock County Auditor’s Office to collect their bounty and show which drainage district they caught the drain plugging beavers in. The rate change will be discussed and possibly approved on Monday. 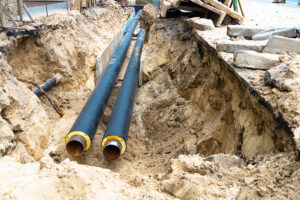 The pipeline project extends across five states. In Iowa, 30 counties are involved. The company wants to capture carbon emissions from the generation of ethanol and pump it through the piping into bedrock in the Dakotas. Hancock County residents were less than receptive to the idea in a previous meeting in the same location. Concerns were raised about destruction of drainage systems, cropland, and secondary roads where the heavy construction equipment would be used. When asked about leakage of the carbon from piping, representatives were quick to state that the leak would not cause harm and would be dealt with quickly.

The meeting is open to the public and additional concerns will be addressed by company representatives.

Sunday Talk: Feenstra Talks About the Past Week