There is a movement at the state capital to pass legislation authorizing school vouchers. This subject is nothing new, but there seems to be greater traction now then in years past. Governor Kim Reynolds has included it in her education bill now in the legislature. Area representatives and senators are also in favor of the idea citing school choice.

School choice would give parents the opportunity to choose whatever school they feel would best fit their needs. The initiative gives parents more control over their child’s education and would use public funds from Iowa taxpayers to accomplish this.

Private schools are not held to the same standards as those of their public counterparts. However, with the bill in the legislature, public funds would be used to fund these private institutions through a voucher system.

The Governor’s omnibus bill has gone through the Iowa Senate, but no costs were associated with the legislation. According to the Iowa Association of School Boards (IASB),  the proposal gives selected parents a taxpayer-funded debit card loaded with state taxpayer dollars to use however they wish. They agree, however, that parents should have the choice to enroll their child in a private or religious school.

The Governor’s bill has a number of components. One is called the Student First Scholarship Program. Lehmann addressed it’s purpose.

It is important to note that no school in the area is failing. KIOW News obtained the graduation rates among Top of Iowa Conference West schools and they are all at or above 95%. However, if a parent feels their student is not getting the most out of their education, is being bullied, harassed, suffering from depression because they do not fit in, or other issues, they can apply for a voucher to go to a private institution.

A voucher is estimated to be worth $5,270 or the equivalent of the cost per pupil in public schools. The student can use the voucher money for tuition and many other things not covered by state funding of public schools. These things include fees for tutoring, online schooling tuition, vocational training tuition, the purchase of one computer every three years, and software fees.

Parents will not have to worry when it comes to state tax time, because the money is not subject to state income tax. What may be concerning to parents is that, according to the IASB website, the voucher program mandates that the private school of choice cannot be required to accept any student, comply with those requirements imposed on pubic schools, or be forced to modify their academic standards to receive money from a voucher.

Lehmann offered another viewpoint which affects the students who choose not to utilize vouchers and remain in public schools.

As Lehmann mentioned, money would be flowing out of area districts, and as is the case in our area, into cities that are distanced from our hometowns. The map below illustrates that Algona and Mason City are sites of two private institutions. Area students would have to be transported back and forth to these locations in order to use the vouchers at these private institutions. 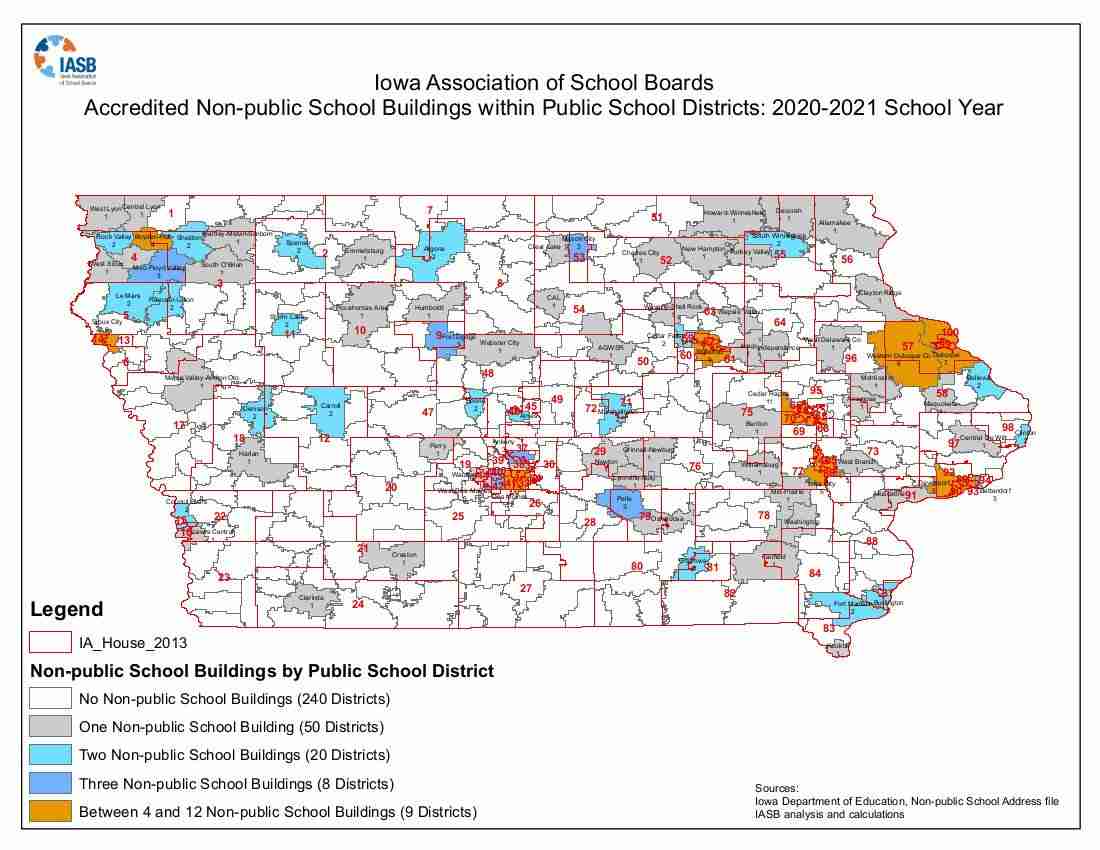 Lynn Miller, President of the Bishop Garrigan School System stated that while public schools have their value, some private schools, such as his, set higher standards towards graduation than the 40+ credits required at public schools.

Recent studies have shown that dress codes eliminate status issues and changes perceptions among students. Among these 33 empirical studies, findings also concluded higher graduation rates, increased college enrollment, less involvement in crime, and more civic engagement. Currently, there are 29 voucher programs in 18 states, the closest of which is Wisconsin. Milwaukee’s voucher program, one of the largest in the nation, has seen an increase in graduations and college enrollment. In most studies, there has been an increase in attendance and reduction in suspension rates.

Miller believes that the parent plays a more integral role in the private school system and that gives them an advantage.