Following the adoption of a Senate resolution ratifying committee leadership, Senate Finance Committee Chairman Chuck Grassley of Iowa released the following statement outlining his committee agenda for the Congress. As he takes the gavel of the Finance Committee for the second time, Grassley’s agenda reflects a desire to build on past successes, protect consumers and patients and improve the quality of life for all Americans.

“One of the most frequent questions I’m asked at my annual 99 county meetings in Iowa is what bills that I’ve worked on have become law. During my chairmanship of the Senate Judiciary Committee over the past four years, 61 bills were reported out of the committee, 45 were passed by the full Senate and 34 became law. Every single one was bipartisan. During my previous chairmanship of the Finance Committee, nearly all legislation passed out of the committee was bipartisan. I hope to continue that tradition of bipartisanship as I resume chairing the Finance Committee,” Grassley said.

“But as I often say to Iowans at my county meetings, legislating is only one part of Congress’ responsibility. We must also ensure that the laws passed by Congress are being faithfully executed by the executive branch. Congressional oversight holds the federal government accountable and helps inform future legislation. I expect that vigorous congressional oversight of the executive branch will play a key role in guiding committee work and also hold accountable the federal agencies and departments within the committee’s jurisdiction. 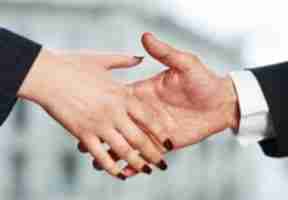 “I’ve long advocated for free and fair trade policies that open up foreign markets to U.S. exports. During my time in Congress, the world has transitioned from the General Agreement on Tariffs and Trade (GATT) to the World Trade Organization (WTO), which was born in 1995 with 81 charter members. Since then, international trade volumes have increased by 250% and the WTO has grown to include 164 member countries.

“The global economy has changed dramatically since 1995, with positive developments such as the growth of digital trade and services and challenges like the rise of State Owned Enterprises (SOEs). As the world’s largest economy, the United States must maintain its leadership in confronting the new challenges of the global economy with our trading partners while continuing to set the global standard in cutting-edge policy areas.

“I’ve supported every free trade agreement the U.S. has negotiated and will continue to work with the Trump administration toward implementation of the U.S.-Mexico-Canada Agreement (USMCA) that updates NAFTA for the modern economy. There are a few areas of concern, such as the lingering Section 232 tariffs on steel and aluminum imports from Canada and Mexico that must be addressed, but I’m committed to working with the Administration to ensure that U.S. farmers, ranchers and businesses face minimal uncertainty from updating NAFTA. I’m also committed to securing strong outcomes in trade negotiations with Japan, the European Union and the United Kingdom when it is ready.

“While I strongly agree with President Trump that we must have fair trade deals that benefit Americans, I do not believe that we should alienate our allies with tariffs disguised as national security protections. And certainly not when it comes to trade in automobiles and auto parts. For this reason, I intend to review the president’s use of power under Section 232 of the Trade Act of 1962, which grants the president broad legal authority to impose tariffs in the name of national security.

“I’m not fond of the Section 301 tariffs on products from China, but I agree with the reasons they’ve been applied. I’ll continue to engage with the Administration on the ongoing trade dispute with China in hopes that negotiations will result in a change in China’s discriminatory policies and practices and an easing of tariffs and tensions.

“Finally, I have great interest in reforming and strengthening the WTO, which is a clearinghouse for our rules-based international trading system. I plan to work closely with the administration and our allies to strengthen the ability of the WTO to more effectively meet the demands of our global economy. 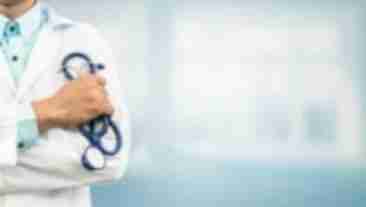 “My track record on health care is one of bipartisanship. My work in the past has included the Medicare Prescription Drug, Improvement and Modernization Act (MMA), which created Medicare Part D and Medicare Advantage. In addition to that, I was able to get one of the most significant rural health care packages enacted, which included increased access to critical access hospitals. Regarding Medicaid, I’ve worked on policies such as Katie Beckett waivers, Money Follows the Person and Medicaid Buy-in policies. Medicaid is an important safety net and it’s our responsibility to ensure that it is sustainable and works for the people who need it.

“I’ll also continue diligently pursuing oversight of both the public and private sectors of health care, including addressing health care consolidation and anticompetitive concerns, from supply chain middlemen to pharmacy benefit managers (PBMs) to hospitals and health insurers. I’ll work to ensure that anti-fraud statutes are enforced, which is important in the discussion of payment for coordination of care, and closely evaluate potential changes to Stark Law and the Anti-Kickback Statute (AKS).

“I’ll conduct oversight of federal agencies and departments with a focus on National Institutes of Health (NIH) research integrity, Centers for Medicare and Medicaid Services (CMS) Accrediting Agencies for hospitals and nursing homes, CMS integrity generally, Affordable Care Act programs to inform future legislative debates and ensure transparency, accountability and efficacy to the extent possible under current law, the Health Resources and Services Administration (HRSA) with a focus on 340B and rural health care and the Food and Drug Administration (FDA) with a focus on drug shortages, generic approvals and teenage vaping. I’ll also conduct oversight of the health care sector with a focus on nursing home quality and access, not-for-profit hospitals and community benefit and drug prices.

“During my previous tenure as chairman, I helped steer through Congress the landmark 2001 and 2003 tax relief laws that lowered marginal tax rates across the board, creating a first-ever 10 percent tax bracket and delivering $2 trillion in bipartisan tax relief. I also spearheaded the passage of the American Jobs Creation Act of 2004, which included some of the most significant reforms to our international tax system in decades while also cracking down on tax shelters and inversion transactions. Comprehensive reforms to the nation’s pension laws were also passed in the Pension Protection Act of 2006, which included establishing new funding requirements for defined benefit pensions and enhancing personal savings options.

“Key committee priorities for this Congress include perfecting and improving the tax relief that the committee successfully enacted in the last Congress for middle-income families, small businesses and farmers, as well as providing certainty for taxpayers by extending and making permanent temporary tax provisions, protecting and enhancing Americans’ retirement security, rigorous oversight of the Internal Revenue Service (IRS) and tax administration and introducing reforms that encourage American competitiveness and leadership in innovation in the global economy.

“I’ll work to build upon the historic tax cuts and reform passed in the 115th Congress and make permanent provisions set to expire after 2025, including the marginal tax rate cuts for individuals, families, small business owners and farmers, the doubling of the child tax credit from $1,000 to $2,000, the near-doubling of the standard deduction and the innovative 20-percent deduction for pass-through businesses to provide the certainty needed to make investments, create new jobs and improve wages and benefits.

“I’ll explore proposals from the administration to provide further tax relief for middle-income individuals and families and work to ensure fair and equitable treatment for all domestic energy production, both above and below ground, including: supporting tax incentives for renewable and alternative energy sources; protecting a bipartisan agreement to phase out the wind energy production tax credit at the end of 2019 and providing long-term certainty for renewables needed to mature and become self-sustaining, including recently-expired incentives for biodiesel, cellulosic ethanol and alternative fuel mixtures.

“I’ll continue to hold the IRS accountable for top-quality taxpayer service, respect for taxpayer rights and protection of taxpayer information and will review the practices and compliance of the tax-exempt sector, ensure tax whistleblowers are treated fairly for exposing tax evasion and abuse and monitor the Treasury Department’s implementation of the recent tax reforms included in the Tax Cuts and Jobs Act to inform legislative efforts to build on the law’s success.”