Strong storms overnight caused flooding in streets, yards, farm fields, and businesses. Nearly seven inches of rain fell in the Forest City downtown area, most of which occurred in a two hour or less time span. The already flooded plain in Pammel Park in Forest City swelled almost up to the road in some locations while the golf course was seeing ponding and flooding in places that had not been seen before.

Officials had to close the Winnebago River bridge on Highway 69 due to water three or more inches deep on the roadway. A swift current had developed causing possible hydroplaning concerns. The water was searching for a place to runoff to, possibly into an already swollen river lapping up against the base of the bridge. As of this morning, the water was nearly a foot under the bridges’ roadway base.

Further south, cascading water from downtown, was rushing onto Highway 69 causing travel concerns. Rainwater runoff from J Street confluence with water from streets along the Forest City Coop Grain bins and Highway 69 to make driving impossible.  This video which was posted on the KIOW Facebook page, shows the amount of water rushing through that area of town. The Emergency Services Center was caught in the middle of the rapidly flowing water.

The intersection of Secor Avenue, 9 Highway, and 69 Highway went underwater as well. Traffic lights were rendered useless as the water flowed nearly three to five inches deep in some locations. 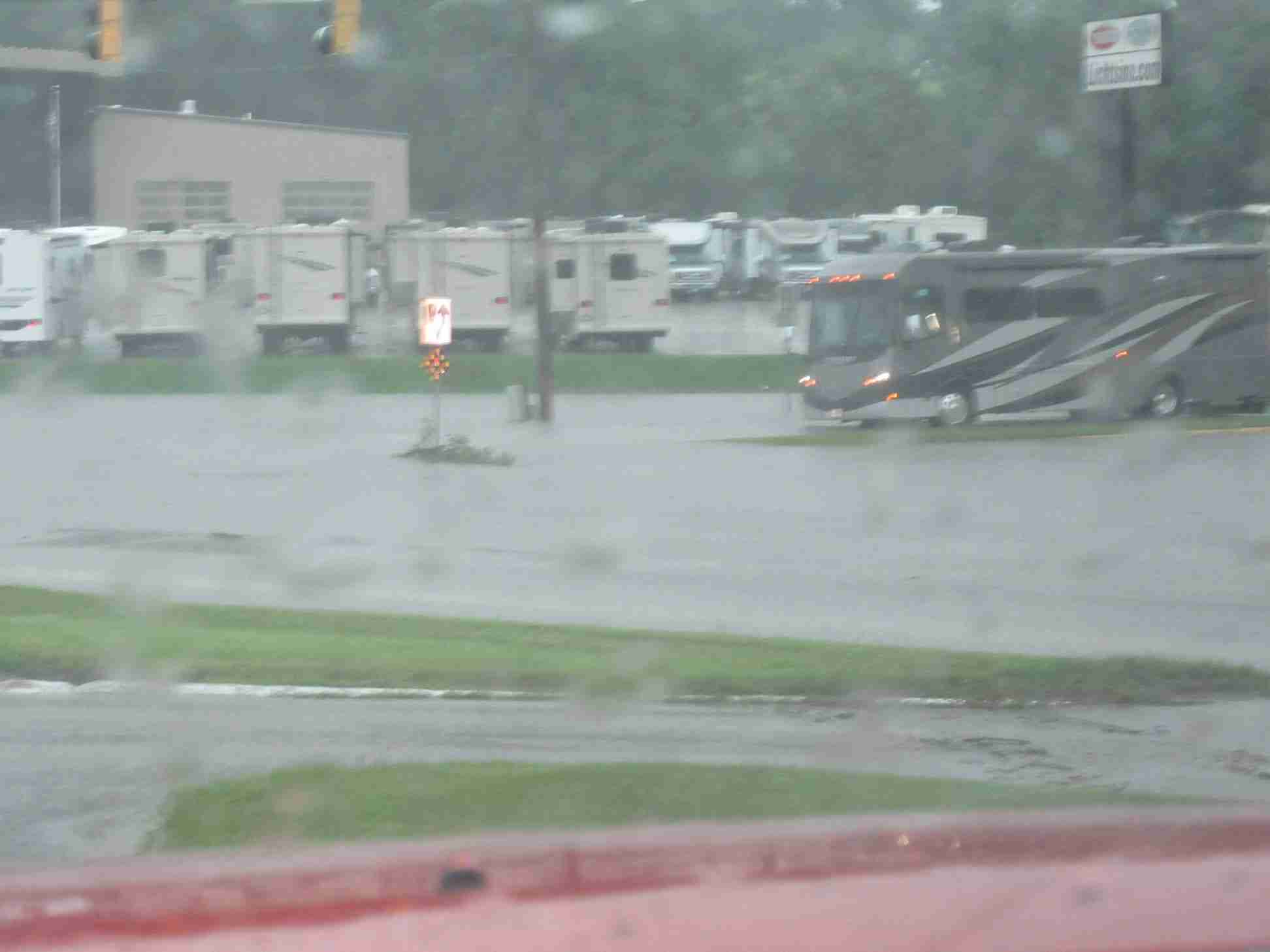 Downtown Forest City could not escape the wrath of the water either. Locations around Waldorf University saw significant street flooding as drains were overwhelmed by the amount of water that fell in such a short time. Between 3rd and 5th and J Street, roads were impassable cutting off the business district from the residential area. 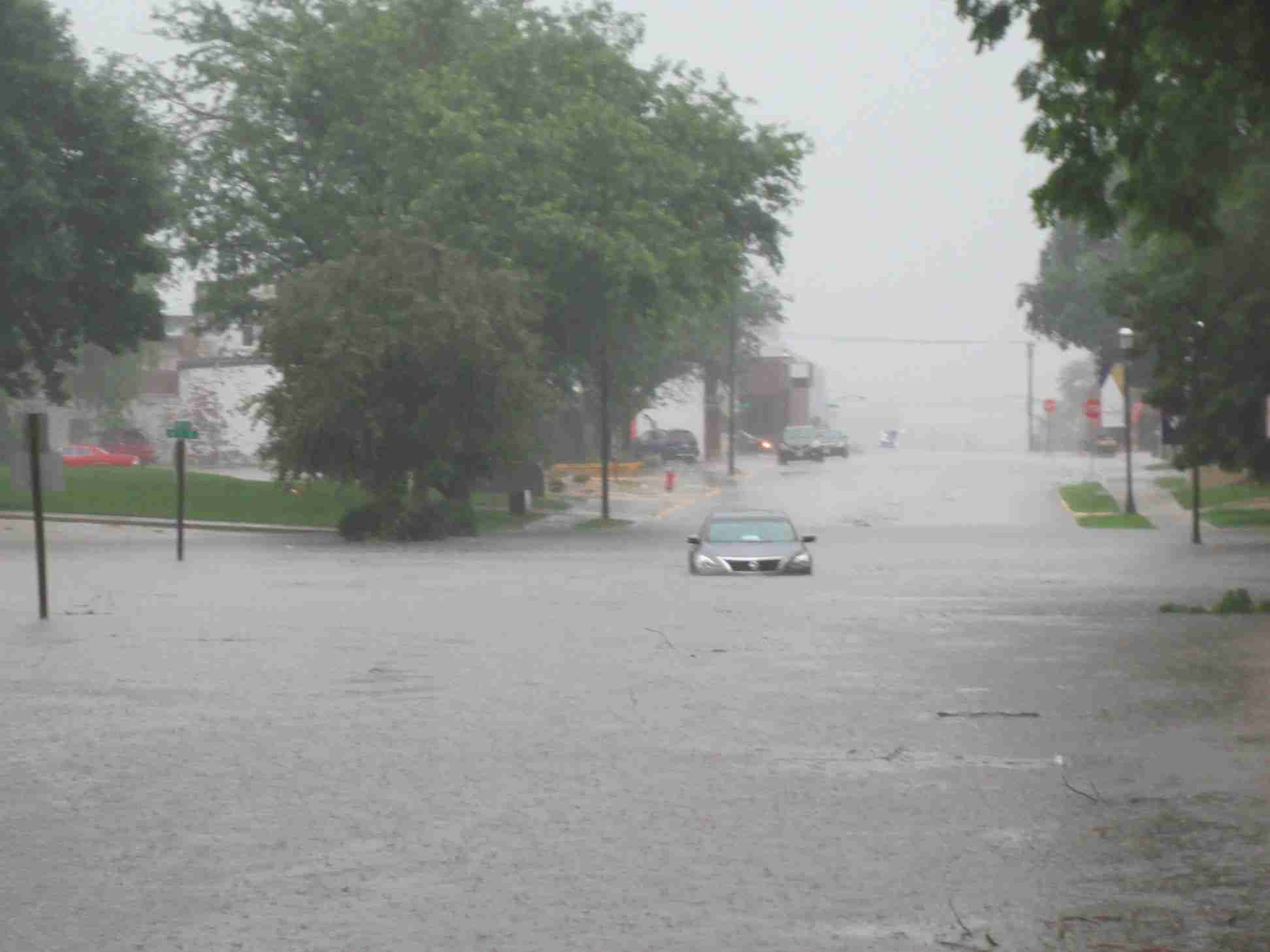